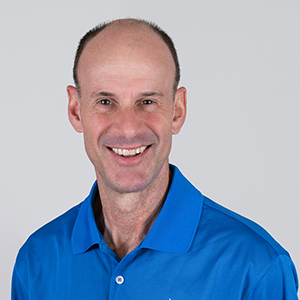 Dan is highly regarded as one of the top developmental coaches in the Midwest. He has coached many players who have won numerous High School State Championships and have achieved top USTA Midwest and National rankings. In addition, many of his students have gone on to successful college tennis careers and have earned NCAA rankings and scholarships. He has also assisted in the development of several professional players.

Dan Goldberg, Director of Tennis Dan is originally from Avon, Connecticut and was recruited to The University of Michigan Men’s Tennis Team under coach Brian Eisner. He was a No.1 player and three-time All-American at The University of Michigan. He holds the school record for career singles wins (127 wins). He was also an NCAA Singles Finalist in 1987 and was named both the Big Ten Conference Player of the Year (1988) and Big Ten Sportsman of the Year (1989). He led Michigan to two Big Ten Team Championships (1987-1988) along with an NCAA Final Four finish in 1988. He reached an NCAA career high singles ranking of No.2 in 1989.

In addition, he maintained an ATP professional ranking for six years and achieved a career high singles ranking of No.276 in the world. He was also a double bronze medalist at the 1989 Maccabiah Games in Israel.

Dan is a certified PTR (Professional Tennis Registry) and USTA High Performance instructor. He previously served as Michigan’s Assistant Men’s Tennis Coach for 12 years (seven years under coach Brian Eisner). During his tenure, he coached one All-American and eight players earned All-Big Ten honors. He also helped Michigan win the Big Ten Team Championship in 1996. Dan has served as the Director of Tennis at Barton Hills Country Club for the past 24 summer seasons. He is also a member of the Southeast Junior Competition Committee.

Dan resides in Ann Arbor with his wife Kathy and his two daughters Rachael and Meg.

Copyright ©2023 by Liberty Athletic Club. All Rights Reserved.  Health and Fitness Club sites by MembersFirst  |  Terms of Use  |  Privacy  |  Request My Information